WHO'S ON TV - Programme Five 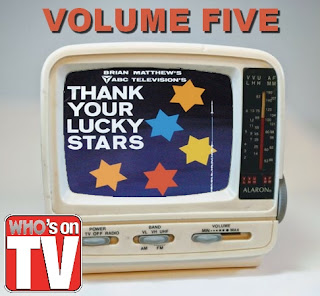 Welcome to the fifth show from the SFC, full of memorabilia and nostalgia from British TV. Featuring long forgotten and well remembered theme tunes, clips, songs and releases by the stars that appeared on TV over the last Century. There’s full versions of themes, usually only heard in the first few moments of a programme, rare singles by famous and obscure artists, cover versions and original tracks by famous singers and songwriters, all with a connection to Television. 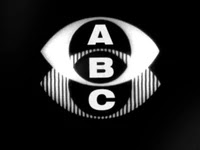 Our introduction this time begins with the ident that was used for the ABC Weekend Television station that existed between 1956 and 1968. The ATV Weekend area was one of the ‘Big Four’ TV companies of the period and covered the Midlands and Northern England area.

One of it’s most popular programmes, launched in 1961 was ‘Thank Your Lucky Stars’ which featured a popular segment reviewing New Releases, called ‘Spin A Disc’.

Hosted by a guest DJ and three teenagers, one of the youngsters became particularly notable for her catch phrase ‘O’ill Give It Foive’. 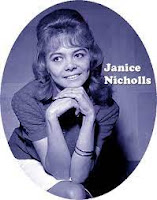 Janice Nicholls jumped from Office Clerk to ‘Nations Favourite’ from appearing on the show. 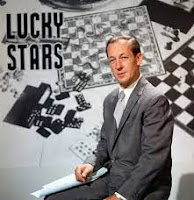 Originally hosted by Brian Matthew, who went on to become the oldest broadcaster on BBC radio until his passing in 2017. Hosting the ‘Sounds Of The Sixties’ show, the programme was eventually taken over by DJ Tony Blackburn.

Achieving fame as DJ on pirate radio stations Radio Caroline and Radio London, Tony had become the first person to broadcast on Radio One in 1967 before launching a short-lived recording career as a singer with releases such as ‘So Much Love’, his biggest hit that just missed out on a Top 30 position. 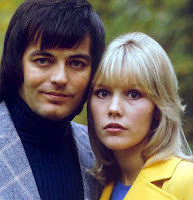 Hitting the newspaper headlines on a regularly basis, most notably in 2002 when he became the first ever winner of the TV reality series ‘I’m A Celebrity…Get Me Out Of Here’ and thirty years previous to that when he married actress Tessa Wyatt, Blackburn became a ‘National Treasure’, even if becoming a somewhat, mocked one. 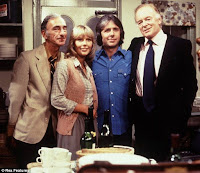 Tessa had guested in many TV shows including ‘Z-Cars’, ‘Callan’ and ‘Dixon Of Dock Green’ and several movies before she finally became a household name as Vicky in the TV sit-com ‘Robin’s Nest’ along side Richard O’Sullivan who had developed the character of Robin in his previous appearance in ‘Man About The House’.

Richard later went on to appear in ‘Me And My Girl’ in 1984 alongside actress Joanne Ridley. Joanne was sister of tabloid ‘wild child’ Emma Ridley.

They had appeared together in the film ‘The World Is Full Of Married Men’, a slightly ironic title considering that Emma was to marry four times (to date)! Also appearing in the film was actor / singer Paul Nicholas, who was to become a household name when he starred in the sitcom ‘Just Good Friends’.

Written by John Sullivan, Paul also sang the theme tune which was written by John, who was already riding a popularity wave having launched his sit-com ‘Only Fools and Horses’ two years earlier in 1981.

Again, not only did he write the show, but he composed and performed both start and end theme tunes for the programme as he had done with his previous hit ‘Citizen Smith’ in the late 70s.

It was Robert Lindsay who recorded the vocals for theme, who played ‘Wolfie Smith’, the Tooting revolutionary who was constantly at odds with the likes of his potential father-in-law in the series, played by Peter Vaughan.

Now, most famous for playing Maester Aemon in ‘Game Of Thrones’, Peter had had a memorable role in the comedy ‘Porridge’ as Harry Grout, the villainous criminal forever causing problems for Ronnie Barker’s Fletch.

The sequel to the show, ‘Going Straight’, had Barker releasing the theme as a single to little success. However he had had great success with two albums of material released under the pseudonym ‘Fat Belly Jones’, alongside his comedy partner of many years ‘Big Jim Jehosophat’ played by Ronnie Corbett. Corbett had a trio of attempts to become a solo artist during the 70s, even making an appearance on Top Of The Pops, with his non-hit ‘Fanny’, but it was as an actor and comedian that he achieved fame. 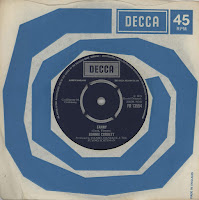 After appearing in several films and shows during the 50s, most notably as a regular on TV’s Crackerjack, it was in the mid 60s, on ‘The Frost Report’, that he first appeared alongside his lasting comedy partner Ronnie Barker.

Also on the show was future Python, John Cleese who went on to ‘At Last The 1948 Show’ where he appeared with other future Pythons, a couple of Goodies, and Aimi McDonald. 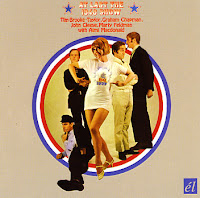 McDonald appeared on many TV shows during the 60s and 70s including episodes of ‘The Saint’, ‘Sez Les’, ‘Rentaghost’ and ‘The Avengers’.

Starring Patrick McNee as British Agent, John Steed, he umbrellered his way through a number of assistants during the show’s eight year run, including Honor Blackman, Diana Rigg and Linda Thorson.

When the show returned in 1976 as ‘The New Avengers’ Steed gained two new assistants. Gareth Hunt, took over many of the action scenes for, a now somewhat aging Steed, with Joanna Lumley also adding to the general fast-moving pace of the new stories. 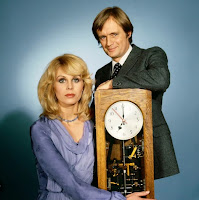 Somewhat slower in pace was Lumley’s children’s sci-fi series, ‘Sapphire And Steel’. Playing an alien ‘elemental’ sent down to earth to correct time anomalies alongside her fellow elemental ‘Steel’ played by David McCallum. Having starred in many TV shows and films McCallum had also composed and played on several soundtracks that he had appeared in, including ‘Sapphire & Steel’, ‘The Man From UNCLE’ and ‘Three Bites Of The Apple’. 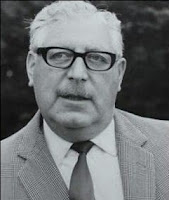 The latter’s Associate Director was Harry Fine, who had been Casting Director on the hit TV series ‘Danger Man’. Another spy series, Danger Man was played by Patrick McGoohan. When the show ended in 1962, McGoohan pitched his own show ‘The Prisoner’ to the TV networks, although never directly referencing ‘Danger Man’, most fans believed the prisoner of the title to be the same character. 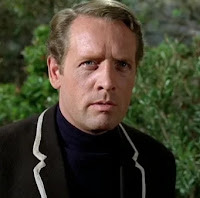 Each episode had him trying to escape ‘The Village’ which was under control of the mysterious ‘Number Two’, who was played by a different actor in each story. One of these was Peter Wyngarde. 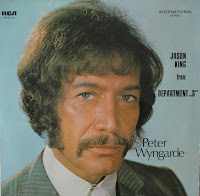 Peter went on to play the character Jason King in the crime-solving show ‘Department S’ and the spin-off eponymous series. On the back of the success of these shows, Peter released and album of his own recordings, but unfortunately chose to lead with an EP entitled ‘Peter Wyngarde Commits Rape’ which probably had something to do with his record company RCA refusing to repress the album. Creator of the Jason King shows, Denis Spooner, had previously been writer on the later William Hartnell storylines in ‘Dr Who’.