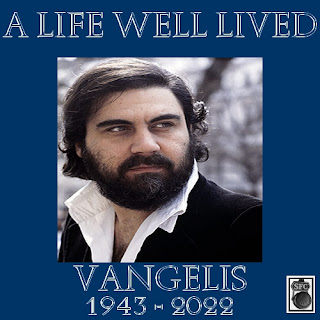 Vangelis (born Evángelos Odysséas Papathanassíou, 29 March 1943) began his career working with several pop bands of the 1960s such as Aphrodite's Child. Throughout the 1970s, Vangelis composed scores for several animal documentaries, including L'Apocalypse des Animaux, La Fête Sauvage and Opéra Sauvage; the success of these scores brought him into the film scoring mainstream. In 1975 he set up his new 16-track studio, Nemo Studios in London, which he named his "laboratory". Recording his classic albums Heaven And Hell, Spiral and Albedo 0.39. In 1980, he composed the score for the Oscar-winning film Chariots of Fire, for which he won an Academy Award for Best Original Score. In the early 1980s, Vangelis formed a musical partnership with Jon Anderson, the lead singer of progressive rock band Yes, and the duo released several albums together as Jon & Vangelis. Having had a career in music spanning over 50 years and having composed and performed more than 50 albums, Vangelis is considered to be one of the most important figures in the history of electronic music.