WHO'S ON TV - Programme Four 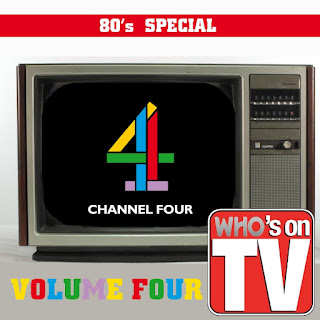 Welcome to the fourth show from the SFC, full of memorabilia and nostalgia from British TV. This episode features links to the great British institution that is known as 'Channel Four'. Featuring long forgotten and well remembered theme tunes, clips, adverts and releases by the stars that appeared on the channel since it's launch in 1982. With it's public service remit to show programmes for 'minority viewers', they nontheless presented programmes that had mass appeal, and were very successful. There’s full versions of themes, usually only heard in the first few moments of a programme, rare singles by famous and obscure artists, cover versions and original tracks by famous actors, singers and comedians, all with a connection to the station. 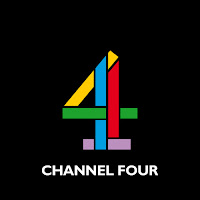 The station launched on the 2nd November 1982 to a fanfare known as 'Four Score' composed by David Dundas and presented by Paul Coia. The channel's first programme was the game show 'Countdown' which is still running today. 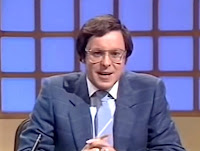 At 4:45 pm, Richard Whiteley presented the first episode, with co-presenters Beverley Isherwood and Cathy Hytner, who loaded the letters on the board, with Carol Vorderman appearing as 'Vital Statistician' for the numbers game. Whiteley's voice was used on comedian's John Shuttleworth's album in 2008 on the track 'I Don't Want To Dance'. John's first hit was as 'Jilted John' in 1978 and John was actually Whiteley's given first name.

Following an introduction to forthcoming programmes on the Channel, a 'gentle exercise' programme, a US, real-life, courtroom show and 'Book Four', a look at writing war novels, there was the Channel 4 news. Initially introduced by Peter Sissons, it quickly introduced Trevor MacDonald onto it's team and settled on the, now famous, theme tune to introduce it's appearance. MacDonald left the programme in 1989 to join the ITN team presenting the 'News At Ten' for ITV.

After the news programme was C4's new long-running, gritty soap entitled 'Brookside'. Set in Liverpool, the programme featured several families residing in a fictional cul-de-sac including the Grant's, who had Sue Johnston and Ricky Tomlinson as the parents to troublesome children Karen and Damon.

Australian comedian Paul Hogan, hosted his own show on the Channel's opening night. Although the show had been running since 1973, It was his TV adverts for Fosters Lager and his starring role in 'Crocodile Dundee' that really made his name in the UK. 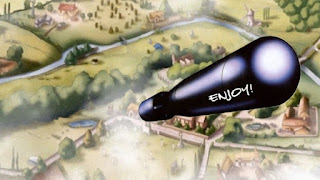 Continuing on from a film on that opening night, was the first in a series of comedic plays entitled 'The Comic Strip Presents...'. 'Five Go Mad In Dorset' was a satire on the Enid Blyton adventure stories and featured future stars of comedy; Dawn French and Jennifer Saunders. Who, along with Kathy Burke and Bananarama, formed Lananeeneenoonoo for the 1989 Comic Relief charity single, 'Help'. French and Saunders also appeared in another Comic Strip story, with Rik Mayall, Ade Edmonson and Peter Richardson (also from '5 Go Mad..') along with Nigel Planner in the episode 'Bad News Tour', a  mockumentary of a rock band, who went on to having life oustide the programme. 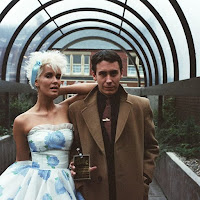 A review show by the Raving Beauties, bought the first night's viewing to a close, but the following years showed a creative flair that no other British TV station has been able to match. In music, the station's flagship show was the daring and innovative 'The Tube' which was hosted by the keyboard player from Squeeze, Jools Holland, and music journalist and Penthouse model, Paula Yates. 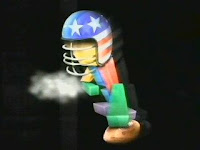 It was Channel Four who were almost solely responsible for bringing American Football to a British audience. Music featured heavily in the programming from Fox, CBS and NBC, including an obscure b-side to 'Don't Get Mad Get Even' by the Age Of Chance. Even the infamous Chicago Bears recorded a single to rouse their fans, as they made their way to winning the Superbowl in 1986. 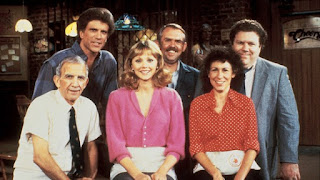 American sit-com 'Cheers' was also a popular favourite on the Channel, featuring future film stars Ted Danson and Shelley Long, and now famous film actor and director Woody Harrelson. None of whom are known for their recorded singing talents.

Janet Kay, however had had a number one single with the song 'Silly Games' and contributed to the theme song as well as starring in, a ground-breaking British sit-com 'No Problem!' in 1983. 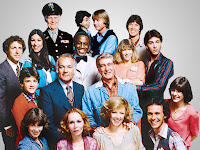 Another singer who turned his talents to a successful acting career, was Bob Guillaume, who after becoming one of the most popular characters in the spoof sit-com 'Soap', span the character onto his own series 'Benson'. 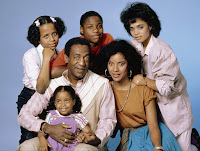 Bill Cosby had taken a break for comedy, to release his own albums in the mid 70s, and he used one of tracks 'Kiss Me' as the theme tune to his new family sit-com, appropriately titled 'The Cosby Show'.

But it wasn't just imported American sit-coms that were stirring things up for Channel Four. Looking at the US popularity of 'Saturday Night Live', the channel launched its British equivalent of 'Saturday Live' to present up and coming comedy acts and music that especially appealed to the younger generation. Alongside some established acts from the Comic Strip, Not the 9 O'Clock News and Fry & Laurie, were newcomers Ben Elton, Harry Enfield with his popular characters Stavros, and 'Loadsamoney', and The Joan Collins Fan Club, who was later to drop his stage name, for the now,  more familiar, Julian Clary. 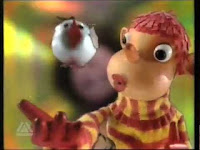 Children's TV was represented by the 'unusual' puppet ‘Pob’, who began each episode by spitting on to the TV screen then writing his name in the phlegm! Sci-fi was also championed on the channel with contributions by Max Headroom, which had major cross-over value, entering the music-video market and comedy genres at the same time!

Comedienne Rosanne Barr had her own US sit-com partnered with John Goodman for a hugely popular run at the top, and Julian Clary returned in his own, typically risqué, game show, 'Sticky Moments', and that just about wrapped up the 80s for the station. Of course, the story wasn't over, and the 90's were to provide even greater highs... 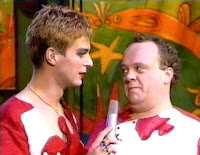